Possessing a small amount of cocaine for personal use is a misdemeanor offense. If there is evidence you possessed a large quantity for sale, were trafficking, or sold cocaine, then you will face a felony and much stricter punishments. Many of these crimes result in asset forfeiture of cars, houses, or cash related to the crime. 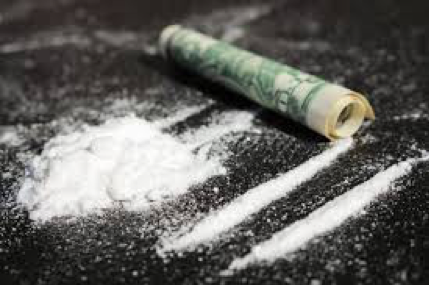 Cocaine (also known as coke or snow) belongs to a group of addictive stimulants made from the leaves of the coca plant. Primarily, it is used to:

There are two forms of cocaine: powdered and crystallized. The first type can be either inhaled or absorbed through nose or injected into blood while it is dissolved. The crystallized cocaine can be smoked in a form of crack which is a form of cocaine in a rock crystal. The methods of cocaine use influence on the pleasurable effects of the controlled substance. Commonly, cocaine is used to fight the fatigue and get the state of euphoria. Coke long-term users risk to harm the brain, lungs, heart, blood vessels. Moreover, cocaine may provoke even sudden death.

Cocaine is required to undergo a long processing in order to be prepared, and it is considered to be a “hard drug” under the United States “Controlled Substances Act”. The law sets forth severe penalties for illegal possession, trafficking or sale of cocaine. This document distinguishes “cocaine” drug which is classified in Schedule II and “cocaine base” drugs, Schedule I.

“Simple” cocaine means cocaine hydrochloride which is mixed with sulfuric acid and a solvent. If the drug is previewed in Schedule II it means:

Cocaine base consists of cocaine that reacts with acid to form a salt, such as powder cocaine, cocaine freebase and crack cocaine. Being classified in the Schedule I of the United States “Controlled Substances Act” means:

The main difference between drugs classified in Schedule I and Schedule II, beside harmful effect, is the severity of penalties stated for the violations of their cultivating, possession or sale. For example, “simple” possession of cocaine is punishable up to four years in state prison; meanwhile the same offense involving a cocaine base drug can be punished up to five years in state prison.

In the below table you can find the list of the most common California cocaine base crimes as well as punishments for them:

Possession for sale — up to 5 Years State Prison

In addition, there are different drug diversion programs in California. They give an opportunity to nonviolent offenders to face treatment and education programs instead of jail time and a criminal record. If you are California cocaine law offender, you can benefit from the following programs depending on the particularities of your case:

Don’t wait, this is serious, and the law is written that all you had to do is raise your voice in anger, and you are guilty; so