Donald Gray Drewry has successfully defended Driving Under the Influence (DUI) cases for over 21 years. Mr. Drewry handles both Misdemeanor and Felony DUI cases for alcohol and drugs. He is a published author and instructs other criminal defense lawyers about how to defend DUI cases in California and other jurisdictions. He has a deep understanding of blood analysis and how samples can become contaminated in government labs. Blood samples, as it turns out, are often mishandled or tested improperly. A recent decision in San Jose set a landmark precedent for the inadmissibility of forced blood samples. For more information about this landmark decision, please visit the page People v. Mason.

Mr. Drewry has been a former Reserve Police Officer, a Solo Officer with the Hayward Police Department, so he understands objective signs of intoxication that the arresting officer will try to use against you. As a Police Officer, Mr. Drewry arrested people for DUI after administering Field Sobriety Tests (FSTs). In addition to the training Mr. Drewry received for FSTs to work as a Solo Officer, he has attended the Federal Standardized Field Sobriety Test (SFST) course and successfully completed that course in 2003 through the National Highway Traffic Safety Administration (NHTSA). Mr. Drewry was then accepted to the Instructor’s Course in 2006, and graduated first in his class in the solo division, and is a Qualified National Highway Traffic Safety Administration (NHTSA) Instructor.

The problem with Preliminary Alcohol Screening devices (PAS) is that they give alcohol readings for substances that are not alcohol. Don’t have a glass of wine with dinner or soy sauce…..

Mr. Drewry has also been trained not only in the use of the Preliminary Alcohol Screening (PAS) devise, (that is the roadside breath testing machine), but he also is a PAS Coordinator which allows him to do the accuracy and calibration checks on the PAS device, and he owns and operates one. (See the video with KPIX Channel 5, and the video with Soy Sauce) This is a test that you should never take unless you are on probation and required to do so. Mr. Drewry recommends that you only take a blood test and never any breath testing of any kind.

Mr. Drewry is a former Judge Pro Tem in Alameda County. He handled arraignments and trials in the traffic courts at Oakland, Hayward, Fremont, and Pleasanton. In addition to all of the above experience, Mr. Drewry, who was born and raised in Oakland, California, was drafted in 1967 during the Viet Nam war into the United States Army, and received an Honorable Discharge in 1969 as a Specialist 5 Non-Commissioned Officer (NCO). 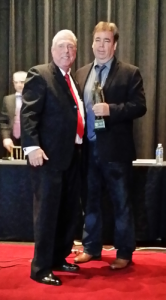 Mr. Drewry became the President of the California DUI Lawyers Association (CDLA) for the 2013-2014 Term, and re-elected for the 2014-2015 Term. Mr. Drewry has been a member of the Board of Directors of CDLA since 2004, and is a Specialist Member with the required amount of DUI trials for this position. The CDLA is the largest organization of independent lawyers who handle DUI cases in the State of California. Mr. Drewry has been responsible for training lawyers by lecturing and arranging for top speakers in the DUI field from around the world to teach its members on the best way to defend against DUI charges.

Mr. Drewry believes in one very important principal for every client he handles. That principle is do the very best you can for each client. Get the evidence, review the law, compare the client’s statements, and find the best resolution possible. No one is perfect, but he has a lot of satisfied clients, and never stops working to help them with their cases. When you meet Mr. Drewry, you will see why so many have hired him to represent them.