CONSEQUENCES OF A DOMESTIC VIOLENCE CONVICTION 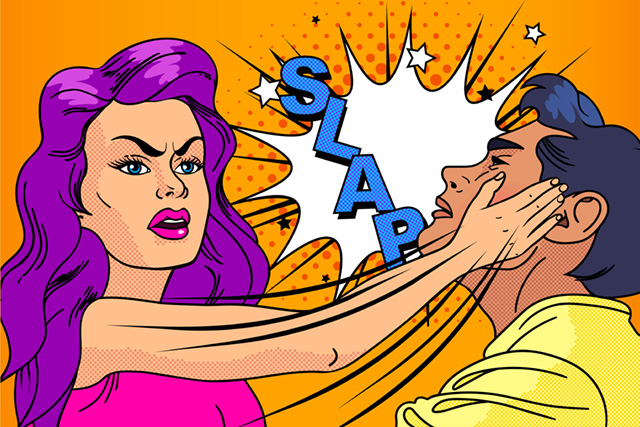 Moreover, some domestic violence convictions can be “strike” offenses for purposes of the Three Strikes sentencing law, meaning you could be one offense closer to serving a life sentence.

After that fateful 911 call, the police department’s main priority is making an arrest before turning it over to the district attorney to get some type of conviction. The system is not interested in what really happened in the relationship, what the fight was actually about, that the “victim” was really the instigator, or that he or she was the aggressor and you were trying to defend yourself.

Unfortunately, there are no real safeguards in the system to protect innocent men and women from being accused and charged with something they did not do. Whoever made the 911 call will almost always be defined as the “victim,” meaning if you were not the one who made the call, you will likely be the one arrested when the police arrive.

THE CHARGES CANNOT BE DROPPED

There is the misconception that a spouse/partner/girlfriend/etc. can “drop” the charges after he or she has called the police and you have been arrested. This is not true. The district attorney’s office will not drop the charges in a domestic violence case simply because a short time later the alleged “victim” wants to drop the charges. The decision whether or not to file a case is the sole decision of the D.A., and is often based on what is said on the 911 call, what is written in the police report, the extent of the victim’s injuries, and the suspect’s record of domestic violence. The D.A. can bring in evidence of prior acts of domestic violence even if they were not charged as crimes or were against other individuals.

Penal Code Section 273.5 (Injury on a Spouse or Cohabitant) is the most commonly used criminal charge in domestic violence cases. In order to get a conviction on this charge, the D.A. must prove that you committed both of the following actions:

243(e)(1) of the Penal Code Battery or Cohabitant or Spouse is defined nearly the same as 273.5 PC, except that under this charge the government does not have to prove that there was an injury and that Penal Code Section 243(e)(1) is a misdemeanor – it cannot be charged as a felony.

The D.A.’s office will almost always file this charge when the “victim” was allegedly pushed or shoved. Often times these cases result from a simple misunderstanding or an accidental touching, rather than a crime. Our “system”, nonetheless, is so focused on making arrests and convictions rather than finding the truth of what happened. That’s why these cases get filed all the time.

Although a violation of Penal Code Section 243(e)(1) cannot result in a prison sentence, a plea to or a conviction of this crime can have all of the same consequences listed above.

Penal Code Section 422 PC is charged whenever the alleged victim makes the claim that the accused threatened him or her.

The government must prove beyond a reasonable doubt that the accused “willfully threatened to commit a crime resulting in death or great bodily injury to another person, with the specific intent that the statement ….  is taken as a threat…” In other words, the government can use the unfortunate things couples say to each other in the heat of a fight to charge you with a crime. The fact that these charges came out of a verbal argument that you and your partner had does not mean that you should take it lightly, as it can still have life-altering consequences. Penal Code section 422 is a “wobbler” and if it is filed as a felony it is considered serious enough to be a “strike” for purposes of the Three Strikes law.

Don’t wait. The way the law is written, one raised voice can mean you are guilty. Call Donald Gray Drewry now if you or someone you know has been charged with a felony or misdemeanor domestic violence charge.